Hi everyone, today I wanted to show you these Thanksgiving themed cupcakes. I thoroughly enjoyed making them and am really pleased with how they turned out. In this post I show how I made the pumpkin cupcake topper and the pilgrim hat cupcake topper. If you want to see how I made the acorn, you can find that tutorial here. There is a list of the items that I use in this tutorial at the bottom of the post. Note, that I always use clear alcohol to stick my toppers together, but you could also use edible glue.

How To Make A Pumpkin Cupcake Topper

For this tutorial, I have included fully written step by step instructions with photos. I have also followed the written tutorial with a video of me making a pumpkin cake topper.

I rolled a piece of orange modelling paste into a ball. Then I flattened the top and bottom to create a pumpkin shape.

Using the blade end of my blade and shell modelling tool, I embossed a line from the bottom of the pumpkin to the top.

I carried on embossing lines all the way round the pumpkin, as can be seen above.

Next, I used my ball tool to gently make an indent in the top.

I softened the edges of the indent with my fingers.

Using my blade tool again, I finished off the lines, working them towards the middle of the pumpkin.

Next, I took a small piece of green fondant and moulded it into a tear shape. This is the pumpkin’s leaf.

I used my knife and scriber tool to mark veins onto the leaf.

Using a small amount of vodka, I secured the leaf into place. Next, I rolled a small piece of brown fondant into a tube, making it narrower at one end. This is the pumpkin’s stork.

Using a little vodka, I stuck the the wider end of the stork into the middle of the pumpkin.

Lastly, I dusted the pumpkin with some edible orange dust. This gave the pumpkin more of an authentic look.

How To Make A Pumpkin Cake Topper Video Tutorial

So that’s how I make my pumpkin cake toppers. Read on for the Pilgrim’s hat written and video tutorial.

How To Make A Pilgrim’s Hat Cupcake Topper

I rolled a piece of black modelling paste into a cone shape and then flattened the top.

To make the hat’s rim, I rolled out a piece of black modelling paste and then cut out a circle. I made sure the size of the circle was bigger than the cone.

Using a little vodka, I secured the cone shape to the circle, as can be seen above. I then rolled out some brown modelling paste and cut out a strip long enough to go around the hat.

Using a little vodka, I stuck the brown strip around the hat, as can be seen above. I then trimmed away the excess.

Using my fingers, I made sure the strip was fully adhered all the way around.

To make the buckle, I took a small amount of orange modelling paste and rolled it into a tube.

Checking that the size was okay, I formed the tube into a circle shape. If the circle is too big, just make the length of the tube shorter.

I stuck the buckle onto the hat using a little vodka. Once it had stuck, I then used my blade tool to form the buckle into a square. I kept the join of the buckle in the middle of the left side.

To make the pin, I rolled a tiny piece of orange modelling paste into a tube and stuck it in place as can be seen above. The pin covered up the join on the buckle.

How To Make A Pilgrim’s Hat Video Tutorial

Below is a list of all the items that I used to make these cupcake toppers, including affiliate links. I made the orange, brown and green modelling paste by colouring my white modelling paste with concentrated food colouring pastes. You could obviously use ready made colours, I just find this more cost effective. I have also included the tools that I used too. If you wanted to take a closer look at some of the cake modelling tools I use, then click here.

If you liked this tutorial why not pin it for later? Tap or hover over the image below and hit the Pin It button. All posts and tutorials are also added to Pinterest, which you can follow here.

A Cake On Life is an affiliate for The Cake Decorating Company and Amazon. I earn a small commission if you purchase products via my links. This is at no extra cost to you, but enables me to carry on creating this blog. Thanks for your support. 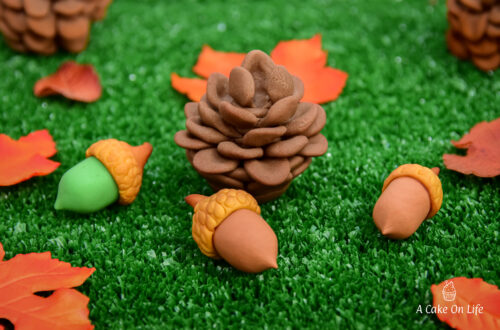 How To Make Pinecone And Acorn Cake Toppers 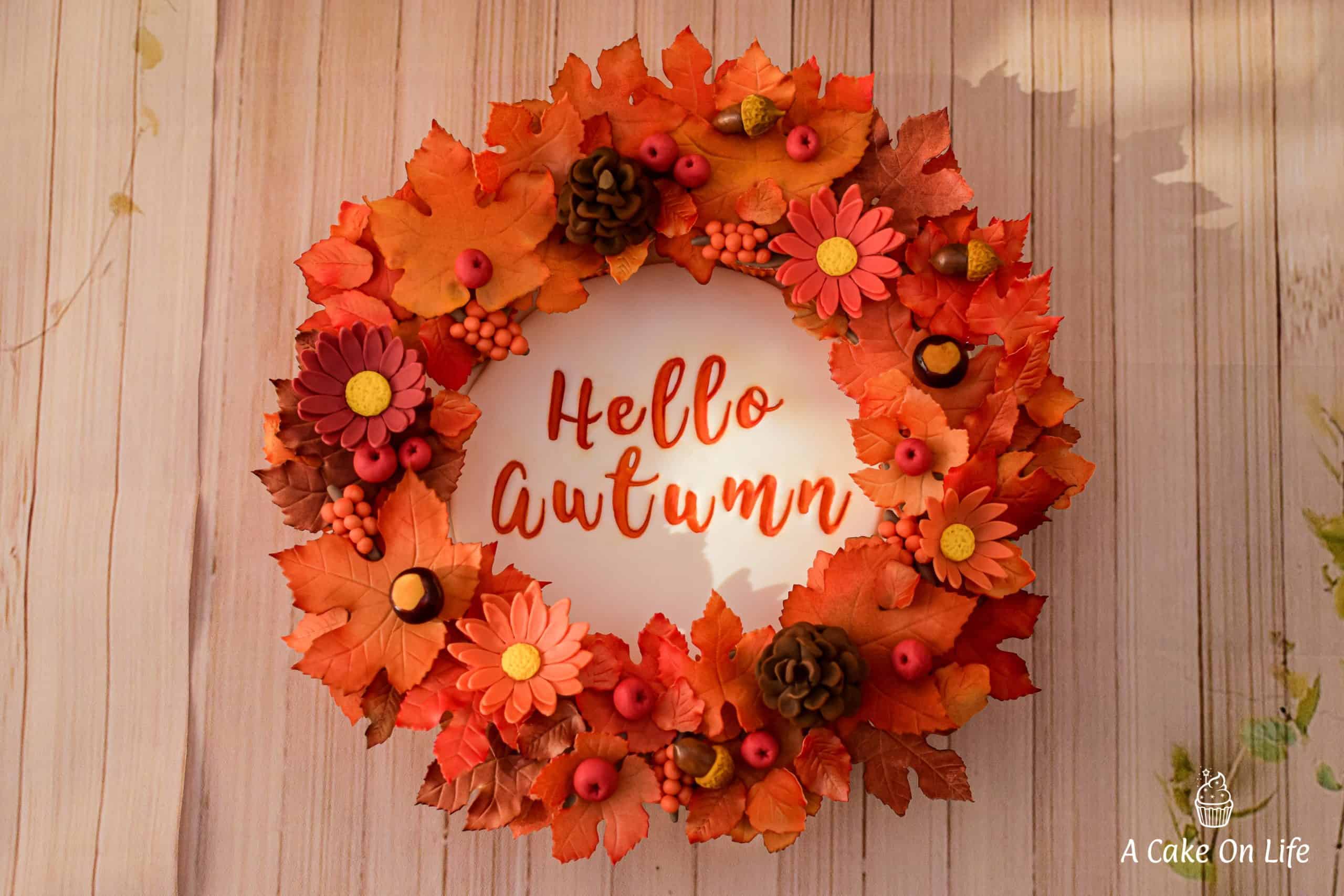